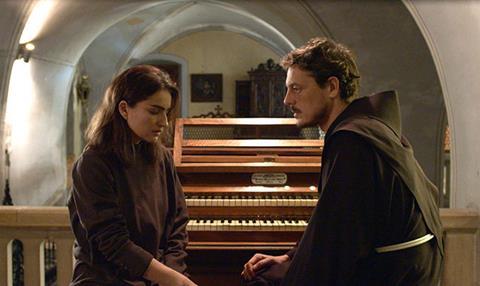 Israeli feature A Quiet Heart has been awarded the grand prix for best film at this year’s Tallinn Black Nights Film Festival (Nov 11-27).

The drama receives a prize of €10,000, which is shared between director Eitan Anner (Love & Dance) and producer Gal Greenspan, who made the film under his banner Green Productions.

The Jerusalem-set film follows a secular young woman who seeks refuge from her life as a concert pianist. Star Ania Bukstein took the best actress prize.

A jury comprised of Uberto Pasolini, Steen Bille, Fridrik Thor Fridriksson, Laura Birn, Kang Soo–Youn and William Goldstein issued a statement saying that the film was “an inspiring journey towards hope and courage”.

The event’s best director prize went to Iran’s Narges Abyar for her feature Breath, which tells the story of a family living in Iran in the 1970s.

An Iranian film also triumphed in Tallinn’s first feature competition, with David Nanesh’s Duet scooping the best first feature prize, which comes with a grant of €5,000, shared between the director and producer Ehsan Rasoulof.

Kadri Kõusaar’s Mother triumphed in the best Estonian feature competition. The film is a darkly comic crime mystery set in small-town Estonia, depicting a teacher who is in a coma after being shot. The director shares a €3,200 prize with producer Aet Laigu.