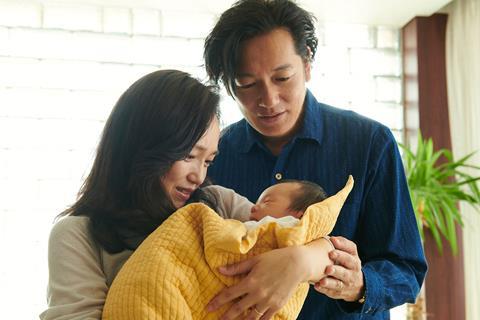 Japan has selected Naomi Kawase’s True Mothers as its entry for the best international feature film category at the Oscars.

The decision was made by the Motion Picture Producers Association of Japan.

True Mothers is a drama in which a woman with an adopted child is contacted unexpectedly by the child’s birth mother.

This is the first time Kawase has represented her country on the Oscar stage; and the third time from 67 submissions that Japan has been represented by a woman, after Yong-hi Yang for Our Homeland in 2013 and Mipo O for The Light Only Shines There in 2015.

Overall, 12 submissions have moved forward for nomination – most recently Hirokazu Kore-eda’s Shoplifters in 2019. Yōjirō Takita’s Departures is the only Japanese feature to have won the prize, in 2009.

Three entries - Rashomon, Gate of Hell, and Samurai, The Legend Of Musashi - received honorary awards in the 1950s.

The 2020 international feature award was won by Bong Joon Ho’s Parasite from South Korea, which also became the first film not in English to win the best picture prize.

A full list of titles submitted in the international feature film category will be published in early December. The Academy will announce a shortlist of the 10 selected films on February 9. The five nominated films selected from this shortlist will be announced on March 15.

The 93rd Academy Awards will take place on April 25.