Javier Bardem, Elle Fanning, Salma Hayek, Chris Rock and Laura Linney have all boarded the cast of an untitled drama from The Party director Sally Potter, which is now shooting in Spain. 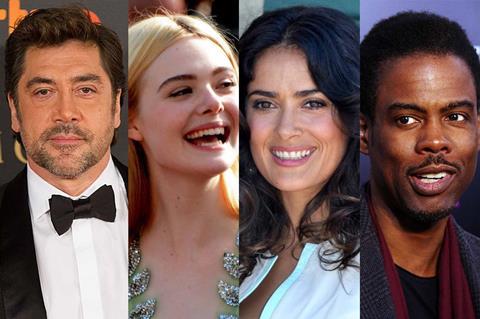 HanWay Films and Bleecker Street have partnered to jointly acquire worldwide rights to the project, which is being produced by Potter’s regular collaborator Christopher Sheppard through his Adventure Pictures.

The film will follow a turbulent 24 hours in the life of a father (Bardem) and daughter (Fanning) as the latter grapples with the challenges of dealing with her father’s apparently chaotic mental state.

Bleecker Street will distribute in the US, HanWay will handle international sales and will introduce the project to buyers at the upcoming European Film Market in Berlin.

It will shoot in Spain before moving to New York in January.

Potter’s most recent feature was The Party, which premiered at the 2017 Berlinale. Her 1992 historical drama Orlando was nominated for two Oscars.