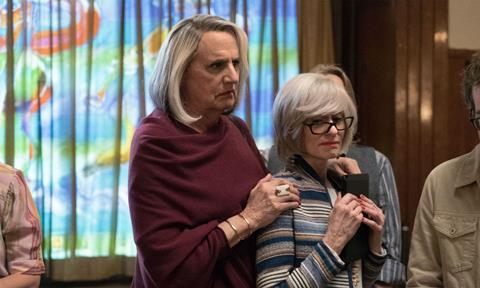 Salke has been president of NBC Entertainment since 2011, with responsibility for comedy development, drama development, current programming, casting and diversity programming initiatives, as well as the operations of Universal Television.

Her relationships with creators and writers are credited with fostering series such as This Is Us, the multiple shows in producer Dick Wolf’s Chicago franchise, and The Blacklist.

In a statement, Jeff Blackburn, Amazon’s senior vice-president, business development and entertainment, said: “What stood out about Jen was the deep relationships she has nurtured with creators and talent over her career, spanning NBCU, Twentieth Century Fox and Aaron Spelling Productions. She’s built an impeccable reputation as a big leader who emphasises creativity, collaboration and teamwork.”

Salke added: “I’m incredibly excited about the future at Amazon Studios. In the studio’s relatively short existence they have innovated, disrupted and created characters that are already an indelible part of pop culture. I am both honoured and emboldened by the opportunity to lead this extraordinary business.”

Price joined Amazon in 2004 and oversaw the e-tail giant’s move into streaming video with series such as Transparent, Mozart In The Jungle and The Man In The High Castle.

Recently, however, Amazon adopted a new programming strategy focusing on bigger budget projects with broad appeal. Last November, the company paid a reported $250m for rights to make multiple series based on he Lord Of The Rings franchise.

Since Price’s departure, Amazon Studios has been led by COO Albert Cheng and head of scripted series Sharon Tal Yguado.