Amikam Kovner and Assaf Snir’s Echo, which premieres in Jerusalem Film Festival’s Israeli Feature Competition on Friday (July 27), has had its international sales rights snapped up by Jerusalem-based Go2Films. 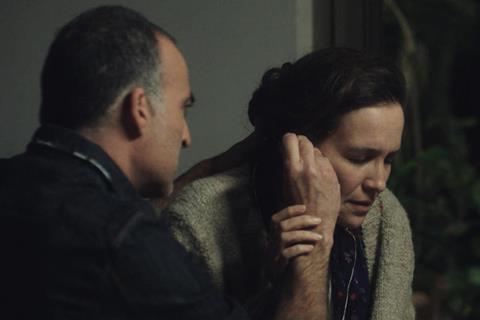 The film depicts a man who suspects that his wife is having an affair. In an attempt to catch her at it, he begins recording her telephone conversations, discovering in the process that she is a very different woman from the one he thinks he knows. Yoram Toledano and Yaël Abecassis star.

Echo is produced by Dori Media Paran and previously received a special mention at the 2015 Haifa Film Festival’s pitching event, won the Hong Kong Goes to Cannes Award at HAF Asian Financing Forum 2017, and the Cinelab Award at the Jerusalem Film Festival Pitch Point 2017. It had backing from Israel Film Fund, Channel 10, and the Israel Lottery Council for Culture & Arts. Lev Films will distribute in Israel.

“The filmmakers’ ability to portray a true-to-life depiction of the delicate intricacies of relationships is sure to evolve the pre-release hype of the film into an experience resonant with audiences worldwide. I’m proud to announce our new acquisition,” commented Go2Films managing director Hedva Goldschmidt.

Go2Films also has rights to Roman Shumnov’s debut feature Here And Now, which is produced by Itai Tamir from Laila Films and will also premiere in JFF’s Israeli Feature Competition, on Sunday (July 29). The company also has Tal Passes’ Wild Kids premiering in JFF’s Documentary Competition, and The Love Letter, which is in the festival’s Shorts Competition.