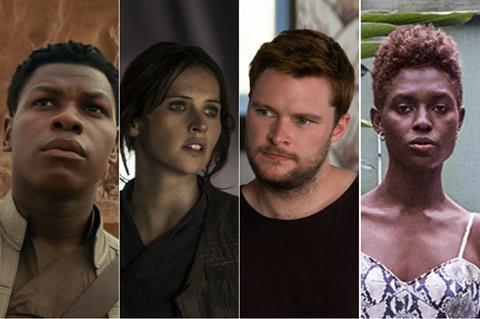 John Boyega, Felicity Jones, Jack Reynor, and Jodie Turner-Smith are set to star in Charles Guard and Thomas Guard’s UK revenge thriller Borderland, which aims to shoot on location in the UK early next year.

Known professionally as the Guard Brothers, the director pair previously made 2009 horror The Uninvited. They have co-written the screenplay for Borderland with Ronan Bennett, inspired by Steven S. Moysey’s book The Road To Balcome Street.

Reynor will play an Irish paramilitary whose wife is shot by a SAS sergeant, to be played by Boyega. The paramilitary then heads to London to hunt him down. Chris Coen, Rebecca Brown, and the UK’s Rocket Science and Piecrust Productions will produce the film, with Jones as executive producer.

Both Boyega and Jones have previously been named Screen Stars of Tomorrow, in 2011 and 2007 respectively.