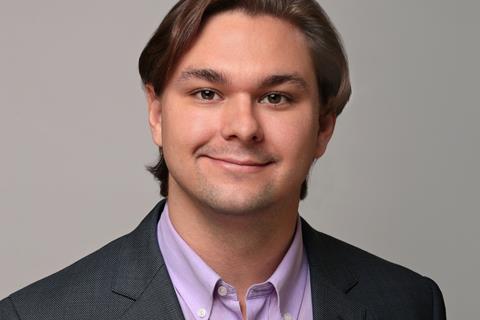 On the eve of EFM, finance, production and sales company Anton has announced that former Global Road and IM Global executive John Zois has joined as executive vice-president of acquisitions and co-productions.

Zois will help to grow the company’s global film business alongside London-based president of distribution Harold van Lier. The company has targetted a slate of four to five films a year budgeted up to $50m, with a strong focus on children / family and sci-fi / genre.

The new arrival will also work to establish Anton’s TV studio in the US. Zois will report to Anton founder and CEO Sebastien Raybaud.

“John is an incredibly seasoned and well-liked executive and the perfect person to expand our footprint in the U.S.,” said Raybaud.

“Sebastien and the Anton team have created an exemplary business, consistently generating high-calibre content,” said Zois. “I am excited to continue to build the global film slate and bring Anton’s successful TV business into the US.”

Prior to Anton, Zois was head of acquisitions and co-productions at Global Road, where he oversaw the acquisition and production of Marc Munden’s The Secret Garden starring Colin Firth, as well as John Leonetti’s The Silence with Kiernan Shipka and Stanley Tucci.

Prior to that he worked at IM Global on such projects as Wayne Roberts’ Richard Says Goodbye starring Johnny Depp, and Reed Morano’s I Think Were Alone Now starring Peter Dinklage.

Zois also worked at EuropaCorp and FilmNation on projects such as Lenny Abrahamson’s Room and John Madden’s Miss Sloane starring Jessica Chastain. He began his career at The Gersh Agency.

Anton launched in 2011 and partnered with StudioCanal on international productions such as Non-Stop starring Liam Neeson, the Paddington franchise, and Shaun The Sheep.

Upcoming projects include Greenland written by Chris Sparling and produced with Thunder Road, and the animated feature Fireheart, from the successful producers of Ballerina, a.k.a. Leap! TV titles include the recent BBC success McMafia, and the upcoming adaptation of Philip Pullman’s His Dark Materials for HBO starring James McAvoy and Ruth Wilson and directed by Tom Hooper.