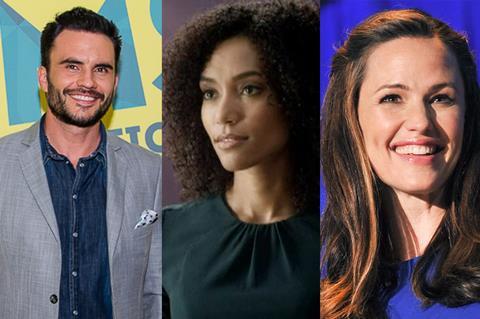 STXfilms will co-distribute the film in the US with producers Lakeshore Entertainment, while STXinternational is handling international sales and will distribute directly in the UK.

The action-thriller is due to shoot in Los Angeles from November 28th.

Written by Chad St. John (London Has Fallen), the film will be produced by Tom Rosenberg, Gary Lucchesi, Eric Reid and Richard Wright, with Renee Tab and Christopher Tuffin serving as executive producers.

Peppermint tells the story of young mother Riley North (Garner) who awakens from a coma after her husband and daughter are killed in a brutal attack on the family. When the system shields the murderers from justice, Riley sets out to transform herself from citizen to urban guerrilla spending years in hiding honing her mind, body and spirit to become an unstoppable force.

The film sold out come the end of the American Film Market.

Raba is best known for his role as Gustavo Gaviria in the 2015 season of hit Netflix series Narcos. He recently starred in Navy SEAL drama, Six, and will next be seen in the indie drama Shot Caller opposite Jon Bernthal.

Ilonzeh was most recently seen in this year’s Tupac biopic, All Eyez on Me as well as appearing in FX’s latest season of American Horror Story. She has also featured in TV shows Empire and Person of Interest.