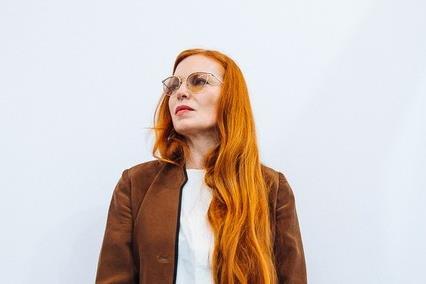 The Russia-born, UK-based writer/director has secured private investment for her second feature and plans to shoot it by the end of 2021. Isle of Skye will be filmed on location in London and the team is seeking an experienced British co-producer to join the production, which is led by the director’s own outfit Twice A Day.

Dobrachkous will reunite with some of Bebia’s key crew including cinematographer Veronica Solovyeva. A sales company has yet to be attached.

The story will follow Anna, a 35-year-old painter and art conservationist who suddenly loses her husband. Her sister convinces her not to end her own life and they decide to pretend that Anna’s husband is not really dead but staying on the Isle of Skye, off the coast of Scotland. It leads the sister to believe that Anna needs psychiatric care.

Dobrachkous told Screen: “My new project, Isle of Skye, examines the relationship between denial and belief. What is true? And which is more useful – belief or truth? To help address these questions, the story references the myth of Orpheus and Eurydice. Visually, I intend to use the emotional language of colour. In this story, as the main character creates her imaginary world (or not), which is in flux, I am given huge possibility to use all of the tools of a visual artist.”

Stephen Minervino, who will produce Isle of Skye and was an executive producer on Bebia, said: “Juja is such a unique and strong visual storyteller - her endings always surprise. The story and script are fantastic, based on the same Greek myth that inspired Romeo and Juliet.”

Bebia, which is sold by new Athens-based sales outfit Endorphin, is a Georgia-UK co-production that received its world premiere in competition at International Film Festival Rotterdam and also screened at New York’s New Directors/New Films. The black-and-white drama centres on a 17-year-old girl who returns to Georgia to attend her grandmother’s funeral.