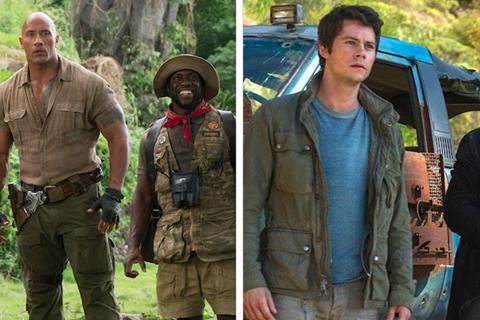 Jumanji: Welcome To The Jungle has led international box office for the past two sessions and will struggle to make it three in a row with the wide expansion this weekend of Fox’s Maze Runner: The Death Cure.

Jumanji has amassed $465.2m through Sony Pictures Releasing International and there are no new debuts this weekend. Meanwhile Blumhouse horror Insidious: The Last Key stands at $73.6m with no new markets either.

Multiple Oscar nominee Three Billboards Outside Ebbing, Missouri stands at $24.2m and opens this weekend in Germany and Mexico, while The Shape Of Water, which leads the Oscar nominees on 13 nods, is biding its time and has reached $9.8m. The Greatest Showman on $120.9m opens in France. Ferdinand stands at $160.4m.

Darkest Hour starring Oscar nominee Gary Oldman has reached $42.7m through Universal Pictures International heading into the weekend, when it debuts in Denmark and Uruguay. Pitch Perfect 3 stands at $75.3m.

Wonder has crossed $250m worldwide through Lionsgate and the international running total of $121.4m is set to grow with the debut in Germany. The top markets are Brazil on $26.3m after seven, Italy on $13.4m after five, and China on $10.9m in its first week.