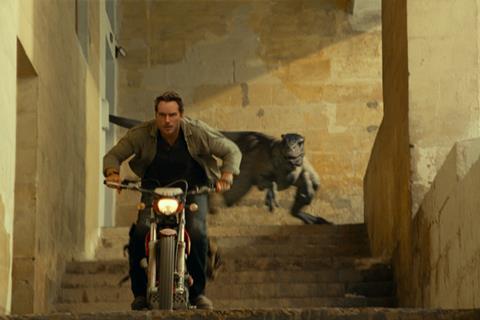 JUNE 13 UPDATE: Jurassic World: Dominion stomped over the North American box office at the weekend, delivering a confirmed $145m in the highest pandemic era Friday through Sunday debut by a non-superhero film.

Active in 4,696 cinemas the final entry in the World trilogy from Universal Pictures and Amblin Entertainment defied poor reviews as it pushed the global tally to $392.4m including $247.4m from the international arena.

The 29-year Jurassic franchise has amassed more than $1.8bn in North America alone. The record-holder remains Jurassic World on a $208.8m opening in June 2015, followed by Jurassic World: Fallen Kingdom on $148m in June 2018. Numbers are not adjusted for inflation.

Dominion finished as the clear number one in North America ahead of Paramount/Skydance’s Top Gun: Maverick in second place as that film’s estimated $50m third weekend haul provided an encouraging sign that audiences are willing to turn out and support more than one blockbuster in the same weekend.

Maverick stands at $393.3m and ranks one place above Disney/Marvel Studios’ Doctor Strange In The Multiverse Of Madness in third on $4.9m for $397.8m after six weekends. The entire weekend session delivered more than $200m – only the third time this has happened during Covid times.