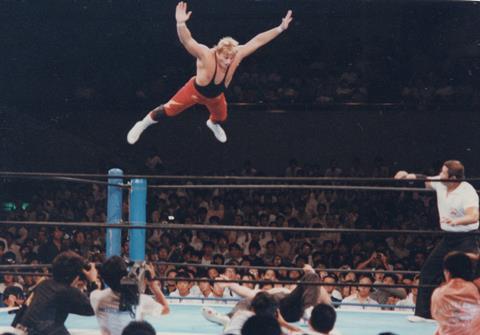 The film is currently in production ahead of delivery late in Q1 2021. Kaleidoscope will handle worldwide sales, with initial materials available for viewing during the Marché du Film Online.

Hart was the golden boy of the World Wrestling Foundation (WWF, now WWE) in the 1990s, with a promising career as one of the franchise’s biggest names.

However, an accident on May 23, 1999 saw him fall eight stories into the wrestling ring to his death.

The film will feature new interviews with his family and friends, including his wrestler brother Bret ‘The Hitman’ Hart, plus new archival family footage. Further contributors from the world of wrestling are to be announced in coming months.

Jo Lewis is directing the film, which is produced by Keaton Stone and Western Edge Pictures through Vaughan Sivell. Hart’s wife, Dr Martha Hart, is an executive producer, alongside Kaleidoscope CEO Spencer Pollard and Lee Brazier.