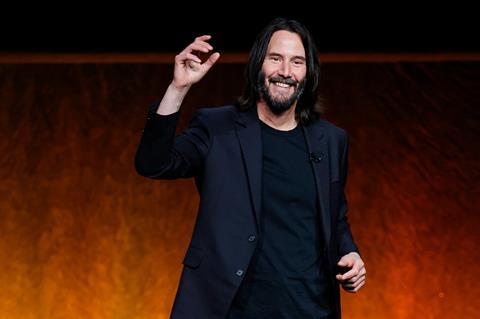 Source: rs, on April 28, 2022, in Las Vegas, Nevada. (Photo by Frazer Harrison/Getty Images for for CinemaCon

Attendees watched a trailer of Reeves in action as the tough-as-nails hitman. After Covid-19 delays the fourth instalment in the $500m+ global franchise will open on March 24, 2023. Laurence Fishburne also stars.

The session also revealed that Francis Lawrence’s The Hunger Games prequel Hunger Games Ballad Of Songbirds And Snakes will open on November 17, 2023.

Other titles to feature in the presentation included About My Father and Are You There God? It’s Me, Margaret.