Kew Media adds six to Cannes slate, including 'Nothing Like A Dame' doc with Judi Dench, Maggie Smith 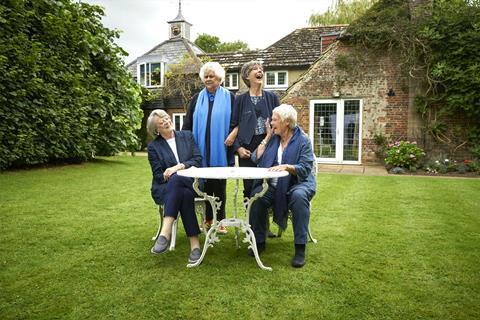 Distributor Kew Media Group has filled out its slate ahead of next month’s Cannes Film Festival and acquired worldwide sales rights to six new titles. The films will be making their festival market debut at the Marche du Film.

The titles include Nothing Like A Dame, a conversation piece between four renowned British actresses – Eileen Atkins, Judi Dench, Joan Playwright and Maggie Smith. Directed by Roger Michell (Notting Hill) and produced by Sally Angel and Karen Steyn,  the film sees the four ladies discuss their careers across the course of a weekend, interspersed with archive material.

In Brendan J. Byrne’s One Million American Dreams, four families of people who have been laid to rest in cheap pine coffin in New York’s Hart Island trench attempt to deal with the unforgiving reality of the city. Narrated by Sam Rockwell (Three Billboards Outside Ebbing, Missouri), the film is produced by Fine Point Films.

The Last Animals from director Kate Brooks takes in the genocide perpetrated against Afican elephants and rhinos, considering the various factors that contribute to the current poaching epidemic. Atlas Films and Foxtail Entertainment have produced the film.

SXSW best documentary audience award winner Dealt is the story of blind card magician Richard Turner, who at sixty-two years old talks through his life, from going blind as a youth to turning his biggest weakness into his greatest strength. Directed by Luke Korem and written by Korem and Bradley Jackson, the film is a Keep On Running Pictures and Ralph Smyth Entertainment production.

Documentary horror Demon House is about a high-profile case of demonic possession in America; the Ammons haunting case. Paranormal investigator Zak Bagans created, exec produced and directed the film, as he purchases the house where the alleged hauntings took place. Michael Dorsey and Joseph Taglieri are producers.

John Barnard’s Bachman looks at Randy Bachman, founder of rock group Bachman Turner Overdrive, the band behind rock favourites ‘Takin’ Care Of Business’ and ‘You Ain’t Seen Nothing Yet’.