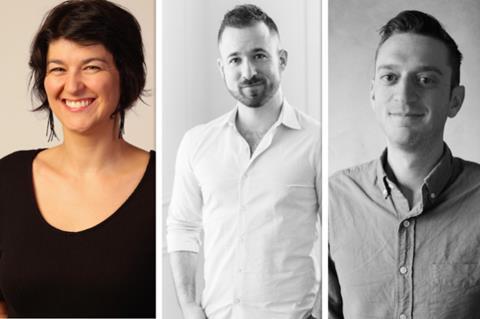 The Canadian Media Producers Association announced the winners of its annual CMPA Indiescreen Awards on Thursday (5) at an afternoon ceremony to mark the opening of the 2019 Toronto International Film Festival (TIFF).

Rhombus Media’s Kevin Krikst and Fraser Ash were named joint winners of the Kevin Tierney Emerging Producer Award, recognising their talent as early-career filmmakers. Their latest film Clifton Hill premieres on Thursday night in Special Presentations and is the pair’s second film after Closet Monster, which premiered at the festival in 2015.

“The Indiescreen Awards are an opportunity to reflect upon what a remarkable endeavour it is to produce a feature film, and to celebrate the immense filmmaking talent we have here in Canada,” said CMPA president and CEO Reynolds Mastin. “Congratulations to today’s winners for your inspiring contributions to Canadian cinema.”

For more information about the CMPA Indiescreen Awards click here.