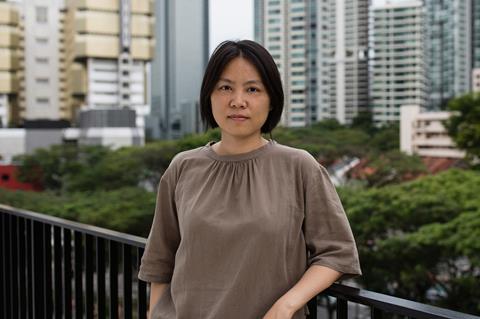 Kuo Ming Jung has been appointed new programme director for Singapore International Film Festival (SGIFF), stepping up from her previous role as the festival’s consultant and taking the reins from Thailand’s Pimpaka Towira.

Taiwan-born Kuo has spent much of her career in film festival management, programming and distribution. She was programme director of Taipei Film Festival from 2014-2018.

Thailand-born Pimpaka who served as programme director for the last two editions of SGIFF is also a filmmaker. She has received a government grant from the Thai Media Fund for the Deep South Young Filmmaker project for completion this year. The Thai Media Fund is a government organization which provides support for the production of socially-conscious media content aimed by young viewers.

Pimpaka is relocating back to Thailand but will continue to work with SGIFF as a festival consultant. Yuni Hadi remains as SGIFF executive director.

SGIFF has also announced seven films as the recipients of its inaugural SGIFF Film Fund, which is part of the new SGIFF Film Academy (SFA), the region’s first holistic training initiative on the growth of Southeast Asian film talents and nurture film appreciation among the audience.

Several developmental programmes are also under the umbrella of SFA. These include Southeast Asian Film Lab, which will have Michel Reilhac, head of studies at the Venice Biennale College and former executive director of Arte France Cinema, as head mentor, and Hong Kong producer Teresa Kwong and Thai editor Lee Chatameikool as lab mentors this year; and the Youth Jury & Critics Programme will be headed by Thai film critic Kong Rithdee.

SGIFF will celebrate its 30th anniversary this year and run from Nov 21 – Dec 1.