Latido inks US deal for Rajko Grlic's 'The Constitution'

EXCLUSIVE: Synergetic has US rights for the Croatian drama. 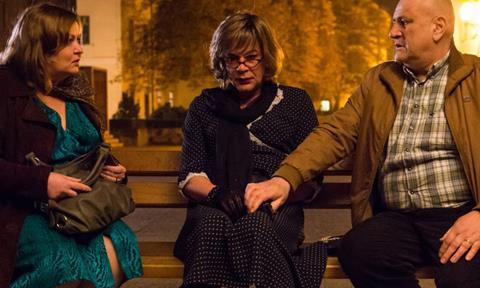 Synergetic has acquired all US rights to Rajko Grlic’s The Constitution (Ustav Republike Hrvatske).

The distributor plans a theatrical release later in 2017. The deal was closed by Latido Films at Berlin’s European Film Market.

Written by Grlic and Ante Tomic, The Constitution tells the story of four very different people who live in the same building – pushed together by misfortune and finally opening up to each other.

”The Constitution is one of those films that touches you in a wide range of different ways,” said Latido head Antonio Saura. “It is really entertaining, but at the same time it addresses issues of great importance that, unfortunately, are becoming more relevant as time passes. Some say that movies should not have a message, I differ, great movies always have a message. And The Constitution is one of them.”

Grlic said the film is “a love story about hate… The Constitution is a very intimate love story of four people who live in the same building in the centre of Zagreb. It is a story of three people very different in terms of social status, sexual orientation, political views and in terms of the religions to which they do or do not belong. In our story, what connects them is not only the space they live in, but also their, often mutually confronted, demons from the past; demons which force them to live in the past rather than in the present.”

This deal comes on the eve of the film’s release in Croatia and the former Yugoslavia.

Grlic’s previous features include Just Between Us and The Border Post.