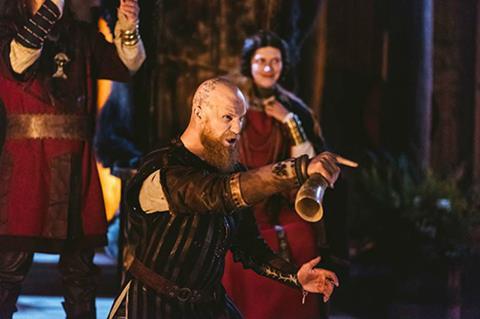 New deals have been reached for North America (Vertical Entertainment), Australia and New Zealand (Eagle Entertainment), and Spain (Mediaset). Earlier sales include Germany (Ascot Elite), Japan (Zazie), and Czech and Slovak Republics, Hungary, and Romania (Mediasquad). A UK deal is in the works.

A UK-Latvia production based on a 13th century legend, the film tells the story of a young king who must win the confidence of his people in order to defend their freedom.

Released in Latvia in January 2018, the film is the highest-grossing at the country’s box office this year to date.

Canoe Film and Platforma are also in Cannes to discuss localised versions of Platforma’s hit comedy Swingers. The company previously produced Estonian and Ukrainian remakes of the film, with further versions now underway in Norway and Finland.