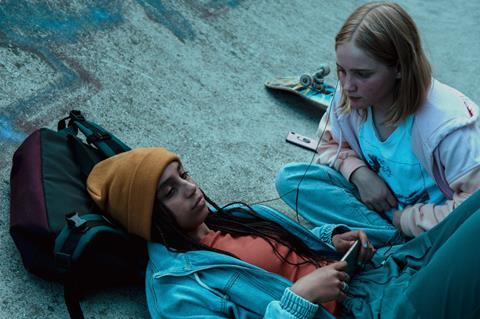 LevelK has boarded international rights to Domien Huyghe’s Belgian family feature Sea Sparkle, which will have its world premiere in Berlinale Generation.

The film is about a North Sea fisherman who dies at sea under mysterious circumstances and his teenage daughter who wants to investigate if a sea creature is to blame.

Dries Phlypo and Stephen Vandingenen produce for A Private View, in co-production with Viking Film in The Netherlands. Jean-Claude van Rijckeghem and Wendy Huyghe wrote the script from a story by siblings Wendy and Domien Huyghe.

“When I lost my father as a teenager, stories about loss helped me to name the unmentionable, to learn to understand the incomprehensible”, said Huyghe of what is his directorial debut. He added he wanted to “create a story that takes the young viewer seriously, but at the same time draws them into a story full of magic, excitement, adventure, humor, and friendship. After all, just because you’re grieving doesn’t mean you can’t have an adventure.”