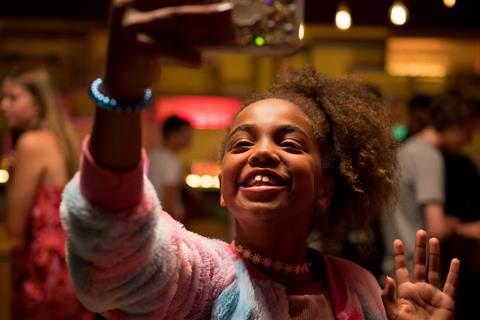 Binti tells the story of the titular 12-year-old, born in Congo but living in Belgium with her father since she was a baby. She dreams of becoming a vlogger; but that is interrupted when she and her father might be forced out of Belgium. She hatches a plan with her friend Elias to get her dad to marry his mom, so they can stay in Belgium.

Frederike Migom makes her feature directorial debut. She said, “Despite the seriousness of the subject, Binti is an entertaining and approachable film full of colour, humour, friendship and love. The social drama gets a positive twist in combining it with the energy and humour of a romantic comedy.”

Binti was presented as a work in progress at Flanders Image’s Connext event in Ghent in October.