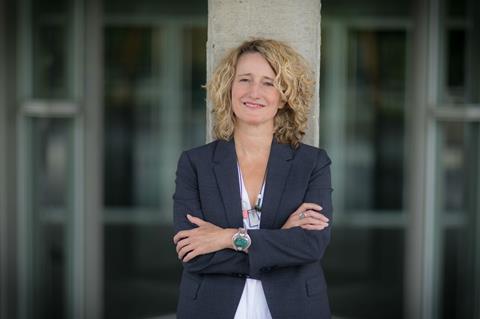 Tricia Tuttle, director, BFI Festivals, said the creation of a new festival hub for public audiences at BFI Southbank aims to elevate the profile of the London Film Festival (LFF) with the UK capital’s busy audiences.

The new hub will host free talks, screenings and club nights linked to the programme.

“London is a tricky city in many ways because there is a lot going on. But one of the things we’re going to be doing is pulling into the centre to create a sense of buzz and sense of festival,” said Tuttle of the new hub.

The full programme for the BFI London Film Festival has been announced today.

Attracting audiences of more than 200,000, the LFF is one of the biggest public film festivals in the world.

Tuttle acknowledged the Odeon Leicester Square site has a dramatically reduced capacity. “It’s around 800 – half the capacity that it used to be,” she said.

The Odeon development is one of many recent examples of exhibitors introducing luxury seating but at the expense of the number of seats available. “We can deal with that,” said Tuttle. “But I do think it is a potential risk to festivals in the future if the trend continues and we lose the ability to deliver that large-scale collective experience with filmmaker and talent present which really makes a festival a festival.”

The LFF won’t be using Picturehouse venues this year for the first time in several years. The festival has previously been targeted by protestors supporting the ongoing dispute between Cineworld-owned Picturehouse and some employees which has seen the latter take strike action over Picturehouse’s decision to not pay the London Living Wage. Tuttle refused to be drawn on specifics, pointing out the venue footprint changes every year depending on the programme.

“There are a number of commercial and technical issues every year [as to] why we change venues,” she explained.

The festival is partnering with Picturehouse as a distributor on titles including Koko-di Koko-da and Judy & Punch.

The around-200 press and industry screenings and the industry programme – which have been held at the Picturehouse Central for the last four years – will now be held at the Vue West End. Full details of industry events will be released in early September and Tuttle was keen to emphasise LFF’s growing importance as an industry event.

“More than half the programme is new films which are premiering in the autumn season,” she said. “That is really important to the growth of the industry. The UK has such a strong, connected global film industry and the festival has an important role to play. It is important we connect the UK industry to the global industry. Industry is a massively important part of our future growth as well.”

Tuttle described it as a good year for UK film. ”[It is] one of the strongest years we have seen for UK debuts,” she said.

There will again be a branded public ticket booth in Leicester Square so audiences can buy last-minute tickets. Galas remain expensive. (Tickets last year cost up to £30 each.) Nonetheless, prices haven’t gone up and Tuttle highlighted the affordable options available for younger audiences. The festival will again offer unsold or returned tickets for £5 to anyone under 25 (including for gala screenings).

“Accessibility is important. It is important to find and nurture an audience and create price points that make it easier for that audience – young audiences are really important to us,” said Tuttle, who is overseeing the festival for the second time following the 2018 edition in which she stood in for her predecessor Clare Stewart while the latter was on sabbatical.

She also pointed to the ‘three tickets for £30’ discovery passes available for selected films.