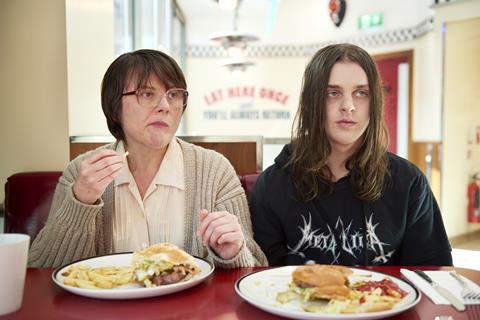 They are among 12 films due to play to an audience of 8,000 spectators on Locarno’s world-famous Piazza Grande alongside Quentin Tarantino’s Once Upon A Time… In Hollywood, French filmmaker Valérie Donzelli’s romantic comedy Notre Dame and UK actor-turned-director Simon Bird’s feature debut Days Of The Bagnold Summer.

Hinstin said she had striven to deliver an eclectic, diverse line-up that continued the festival’s tradition of “not fitting the norm”.

“The choices you make for your first festival all tend to become a kind of manifesto. I hope that will be the case for me, too, and that my first edition as Artistic Director will present you with an editorial line that is clear and precise but also eclectic, open to all genres, all continents, all forms of representation,” she wrote in her introduction to the selection announcement.

Further Piazza Grande highlights include a screening of Jean-Luc Godard’s 1982 short film A Letter To Freddy Buache, addressed to the Swiss film critic. The co-founder of the Swiss Film Archive and former Locarno Film Festival co-director died in May and the entire 72nd edition of the festival is dedicated to him.

The selection opens with Italian director Ginevra Elkann’s comedy drama If Only (Magari) and closes with Japanese filmmaker Kiyoshi Kurosawa’s Uzbekistan-set road movie To The Ends Of The Earth.

If Only is one of three first films in the Piazza Grande line-up alongside Instinct and Days Of The Bagnold Summer.

Another six titles will also screen on the Piazza Grande, in a newly-titled Crazy Midnight late night slot.

They include Cecil B. Demented by John Waters, who is the festival’s Leopard of Honour this year, and Bong Joon-ho’s Memories Of Murder, starring South Korean actor Song Kang-ho, who is receiving Locarno’s Excellence Award. Bong will also be in attendance.

A total of 17 features will compete in the International Competition.

The selection combines new films from established directors and such as Vitalina Varela by Portuguese director Pedro Costa and A Missing Girl by Japan’s Koji Fukada as well first-time features including Syrian director Maya Khoury’s During Revolution exploring the events surrounding her country’s popular uprising.

The Cinema of the Present Selection will showcase 16 innovative works looking at the world from a different perspective.

In other fresh announcements on Wednesday, the festival revealed that Million Dollar Baby star Hilary Swank will be feted with the Leopard Club Award, while the Vision Award Ticinomoda goes to French-US editor Claire Atherton, a long-time collaborator of late filmmaker Chantal Akerman.

The key sections are below: