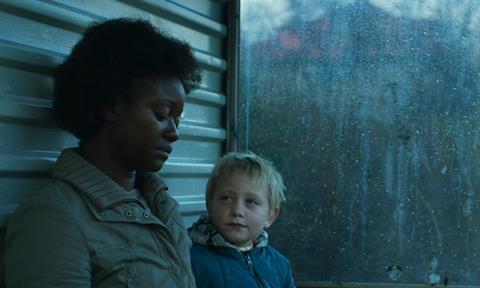 The project was developed at Cannes’ Cinéfondation Résidence and is Fadel’s second feature as a writer and director.

Fadel co-directed Love (First Part) which premiered in Venice’s Critic’s Week. As a writer, he has worked with Pablo Trapero, Damián Szifrón, Walter Salles, Adrian Caetano and Peter Weber, among others.

His first feature The Wild Ones (Los Salvajes) [pictured] premiered in Cannes’ Critic’s Week in 2012.

In Die, Monster, Die, the body of a woman is found brutally beheaded by a remote meadow at the foot of the snowy Andes. In this isolated land, her husband, suspected of the crime, and her lover, in charge of the investigation, are thrown together.

The film is a co-production between Argentina, France and Chile and is expected to be ready in 2018. The project received support from the Hubert Bals Fund and was presented in 2015 in the Berlinale Coproduction Market.

Breathe Normally, currently in post-production, tells the story of two struggling mothers living on the margins of society; one is a refugee stranded in Iceland (Babetida Sadjo), and the other an Icelandic border patrol agent responsible for the refugee’s arrest (Kristín Thóra Haraldsdóttir). It is billed as the first Icelandic film to tackle immigration issues. This will be director Ísold Uggadóttir’s debut feature.

“Ísold Uggadóttir has in recent years proven herself as one of Iceland’s most exciting filmmakers. She is particularly interested in narratives imbued with social realism that capture distinct emotional moments of human existence.” commented producer Skuli Malmquist.