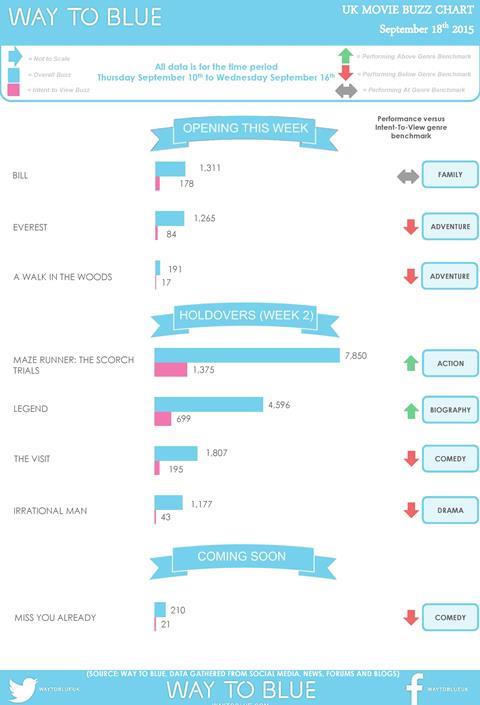 The film generated 7,850 mentions across social media, news, forums and blogs after a week on release, according to analysis firm Way To Blue.

Of those, 17.5% expressed intent to view, meaning they would look to convert comments into cinema tickets.

Ranked second was Legend, which stars Tom Hardy as both Kray twins. After a week on release, the period gangster film generated nearly 4,600 mentions (15.2% ItV).

Of the films opening this week, period comedy Bill – from the team behind TV series Horrible Histories – generated the most buzz with more than 1,300 comments (13.6% ItV) followed by mountaineering thriller Everest with 1,265 mentions.

Miss You Already is the only film listed as releasing next week currently, due to the low volume of 99 Homes (84 mentions) and Solace (46 mentions), which did not generate strong enough volume to be included in this week’s charts (cut off point for entries this week was 100 mentions).