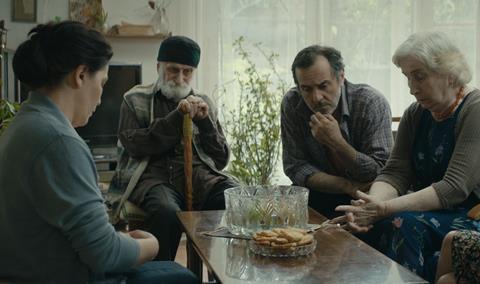 Memento Films International (MFI) has taken on world sales of Nana Ekvtimishvili and Simon Gross’s second feature My Happy Family ahead of its world premiere at the Sundance Film Festival in January.

Set against the backdrop of Ekvtimishvili’s native Georgia, the film stars big screen debutant La Shugliashvili as a literature teacher in her 50s who decides to move out of her chaotic, crowded flat in Tbilisi inhabited by several generations of her family.

The move sparks a questioning of the balance between personal freedom and family relationships.

“This is an amazing portrait of a woman looking for her place in society and the correct distance to speak out about things, which were hidden for too long,” commented MFI managing director Emilie Georges.

Georgia-born Ekvtimishvili and German director Gross have been collaborating since the latter’s 2007 directorial debut Fata Morgana, on which they co-wrote the script.

Their first joint work In Bloom travelled to more than 100 festivals world-wide and was Georgia’s best foreign language film submission in 2014.