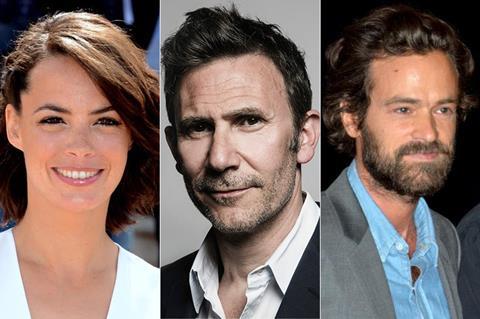 The team behind Michel Hazanavicius’s zombie comedy Final Cut (Comme Z) have pulled the film from Sundance in light of the festival’s move to an entirely virtual event and will stage an in-person theatrical premiere at a later date.

“We fully support Sundance’s decision to move the festival to a virtual format, as the safety of audiences and filmmakers is of paramount importance,” a statement read. “However, we believe that it is best to premiere Final Cut in a theater with a live audience and have made the difficult decision to remove the film from this year’s festival. We wish Sundance and all the filmmakers involved an excellent festival and look forward to sharing Final Cut with audiences very soon.”

Sundance issued the following statement on Monday morning (January 10): ”We had looked forward to screening Final Cut and due to the shift in our format they are no longer participating in the Festival. We respect the filmmaker’s wishes to share their work in a different capacity. We remain committed to supporting filmmakers as we navigate the changing landscape to ensure independent artists get the visibility they deserve and while we’re deeply disappointed to not gather as intended, the safety of our entire community must come first.”

Final Cut was announced in the line-up last month and had been selected for the Premieres section. Festival heads announced last week they were removing the in-person component of what had been planned as a hybrid event in light of the Omicron surge. The festival is set to run from January 20-30.

The latest film from Hazanavicius, whose The Artist won five Oscars in 2012 including best picture and directing, is a remake of Shinichiro Ueda’s 2017 Japanese film One Cut Of The Dead and centres on a zombie attack on a low-budget zombie movie shoot. It stars Romain Duris and Bérénice Bejo.