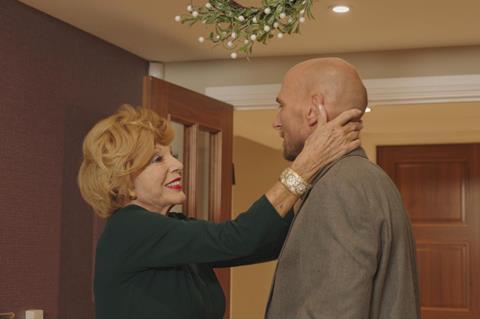 The Rome-based production and sales outfit is introducing the dark comedy to buyers at this week’s virtual European Film Market (EFM).

Directed by Vincent Woods and produced by Jayney Mackie (who also wrote the script), the story follows a down-on-his-luck insurance man who is presented with a chance to reverse this spiral after encountering a teenage thief. Collins plays a glamorous widow and victim of an alleged burglary who welcomes the ‘loss adjuster’ into her home.

Produced by the UK’s Pink Flamingo Films, it received a limited UK release on November 27 through Trinity Creative Partnership ahead of a planned wider roll-out but was pulled from screens after two days due to cinema closures related to Covid-19 lockdown measures.