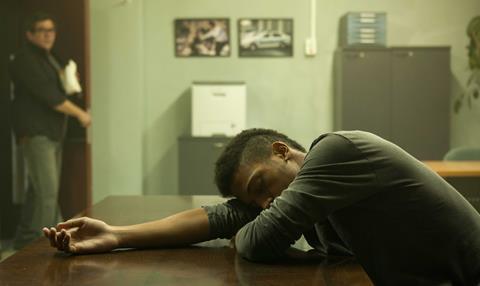 Wild Bunch TV will launch a trio of new series at the upcoming edition of MIPCOM Oct 17-20, its second time at the content market since launching last year.

It will kick off sales on Belgian-produced, bittersweet romance and road trip Tytgat Chocolate about a mentally-challenged, chocolate factory worker who sets off in search of his girlfriend after she is deported back to Kosovo.

The Flemish-language series is written and directed by Marc Bryssinck and Filip Lenaerts. Brussels-based deMENSEN – which previously made Beau Sejour and Highway of Love – produced the series for VRT.

The quirky drama stars Jelle Palmaerts alongside other members of Belgium’s Theater STAP, a company of mentally-challenged professional actors.

The series, which participated in competition at the Paris-set Series Mania event last April, is produced by Tel Aviv-based Black Sheep Film Productions for the Israel’s YES TV.

The company’s other recent credits include Asaph Polonsky’s One Week And A Day, which screened in Cannes Critics’ Week this year, and the award-winning holocaust survivor documentary Farewell Herr Schwarz.

Also out of Israel, The Exchange Principle stars Lior Ashkenazi (Footnote, Late Marriage) as a talented forensics officer who ends up living on the streets of Tel Aviv after suffering a nervous breakdown.

He faces a life-changing decision on discovering he may have helped wrongly convict a man for the murder of a judge.

They previously worked together on the Golan Heights-set mystery drama Pillars Of Smoke (Timrot Ashan), for which NBC picked up the remake rights.

The Exchange Principle was produced by United Studios of Israel for Hot Cable.