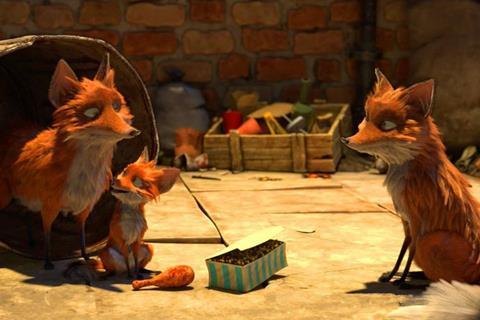 The Ireland-set tale revolves around a family of urban foxes that embarks on an adventure-filled day-trip to the countryside, after one of its cubs asks to see where he was born. Devlin has delivered a screenplay that will appeal to both young and older audiences.

The UK-Ireland-Benelux-Germany production unites top European animation houses Dublin-based Monster Entertainment; Belgium’s Walking the Dog, the credits of which include Ari Folman’s Where is Anne Frank?, Richard the Stork and A Monster in Paris, and Stuttgart-based M.A.R.K. 13.

“We loved the script of Outfoxed!: the classic, charming setting of the story taps into strong European traditions,” said Walking The Dog co-chief Eric Goossens.

“When Andrew Fitzpatrick at Monster Entertainment suggested we partner up with his experienced European production team, we jumped at the chance to add our world class animation to their great Irish talent.”

Juliette Schrameck, managing director of mk2 films, said the sales acquisition was part of a move backing into selling animated features for the company which has not worked with the genre for a while.

“We’ve been wanting to get back to animation for some time. We’re really excited to have this opportunity now to be teaming up with some of the best animation studios in Europe,” she said.

She added that this move was a “logical step” for the company on the back of the recent success of animated features in mk2 cinema theatres in France and Spain.

“We recently successfully co-distributed Hiromasa Yonebayashi’s Mary And The Witches Flower in France with Diaphana and our international catalogue combines both recent and classic animation,” she said.

Outfoxed! is one of two animated titles being launched by mk2 films at this EFM alongside Alex Helfrecht’s romantic epic A Winter’s Journey, which it announced at the beginning of the market.