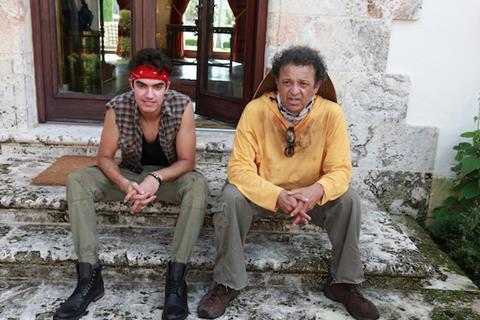 MoJo has come on board as producer’s rep on acquisition title Chateau Vato, a completed Latinx comedy starring Paul Rodriguez (Beverly Hills Chihuahua, Ali). Tom Musca, whose screenplay credits include Stand And Deliver and Tortilla Soup, wrote, directed and produced the film about a gardener who moves into an abandoned mansion with his family after he learns the wealthy owner has died.

The Jazz Griots: Liberty In Cadence has begun production and is a feature documentary about Jazz legends and the rock and pop icons they inspired. Filming is taking place over a year and will document more than 60 legendary musicians in their homes, studios and performing live.

Walker-Pearlman directs and Ruskin produces, with Joseph Mellicker and Tracey Kemble on board as executive producers with The Rolling Stones saxophonist Tim Ries, and jazz trumpeter and Miles Davis protégé, Wallace Roney.

MoJo is teaming up with Believe Entertainment Group to produce Drum Kisses: The Jazz Detective, a TV drama series spanning 100 years of Harlem as seen through the eyes of an analytical genius and aspiring musician hired to solve mysteries the powers that be either do not care about or want to suppress.

MoJo’s Walker-Pearlman created the series and is writing with Elizabeth Hunter. Ruskin and Jamie Rucker King produce on behalf of MoJo, alongside Dan Goodman and Brian Hunt of Believe Entertainment Group.

“We are incredibly pleased to announce these projects,” said Ruskin and Walker-Pearlman, “which perfectly embody our company mission to give voice to organic and inclusive audiences and cultures, create better representation in our industry, and make meaningful and acclaimed entertainment for everyone.”

The company launched in May with an initial production and development slate of 47 films and TV shows with more than $70m in individual project financing. MoJo recently announced a deal with Will Smith’s Overbrook Entertainment to produce the TV docu-series Urban Youth Racing School.

In July Ruskin and Walker-Pearlman launched MoJo Global Branding, which specialises in commercial creation with an emphasis on representing businesses owned by women of colour. John Coffey, previously a senior marketing executive at Verizon and Sprint, oversees MoJo Global Branding.