The genre has never felt more competitive - but it should not be a case of who shouts loudest, says the writer of Netflix’s Safe. 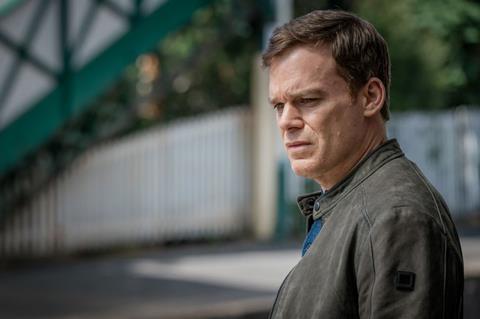 Bafta-nominated and International Emmy-winning screenwriter Danny Brocklehurst has been writing for television for two decades, including some of the biggest contemporary dramas of recent years.

As well as working with Paul Abbott on Shameless and Jimmy McGovern on The Street and Accused his solo work with Red Production company has included BBC hits Ordinary Lies, Come Home, Exile, The Driver and In The Dark, and Netflix thriller Safe.

Ahead of his appearance at the Screenwriters’ Masterclass on 12 June – day one of this year’s Media Production Show at Olympia London, Brocklehurst shares some of the insight and opinion that will be on display at the leading industry event.

Brocklehurst stresses that an interest in the world around you and the psychology of human relationships are key to writing good TV drama - but so is patience, “because everything in this business takes forever”.

Also on Brocklehurst’s checklist are “the ability to take on board notes and embrace rewriting (no matter how irritating this can be sometimes) and a decent sense of humour.”

The showrunning model and co-productions

“The UK has always been writer-led,” he says. “We still tend towards authored work over team writers, but I think the showrunner model is being accepted a little more.

“Co-productions inevitably mean your work needs to travel but as long as your writing deals in universal themes I don’t see why that should affect the way you tell stories. People are people and like to see shows that are well-told.”

Getting work over the line

For Brocklehurst, “getting work over the line” is always the main challenge.

“No matter how successful you are, it’s always a battle,” he says. And given that no one really knows what will be a hit show or a critical darling, a little less hand-wringing at decision stage would be amazing.

“Because getting attention for shows is increasingly difficult with so many platforms, there is a desire for shows to be ‘shouty’, which is understandable, but sometimes ‘quieter’ shows are more rewarding and audiences need a varied diet.

“I worry for the future of working-class dramas and shows about ordinary people, because they are more and more difficult to get made. For newer writers, there are fewer opportunities to write on team shows, which is a shame.”

Writing is clearly a pretty solitary job much of the time. How does Brocklehurst stay motivated and disciplined?

“I write every weekday and sometimes crazy hours, but do try and have a life as well. I hear some writers say they write seven days a week, and that makes me a bit sad for them. Have a life! It’s very important for your writing to live a little. I stay motivated by choosing projects I like. It’s never a chore that way.”

To date, the writer has twice penned roles for specific actors: The Driver for David Morrissey and Exile for John Simm. “It’s much easier because you imagine a great actor doing the part and feel emboldened to push the character further,” he says.

Joe Gilgun is Brocklehurst’s muse for his next project and he is also developing a drama about the rise of ecstasy in the UK for BBC2.