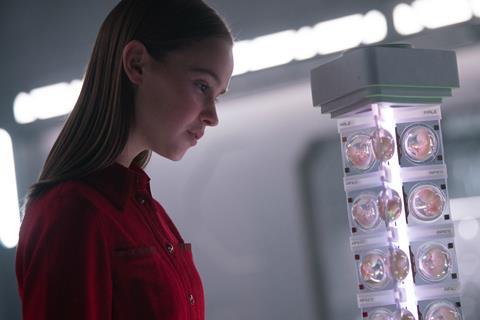 Netflix has acquired North American rights to the Hilary Swank sci-fi thriller I Am Mother that premiered in Sundance after previously taking select international territories.

The film caused a stir among buyers at the AFM last November and stars newcomer Clara Rugaard alongside Swank and Rose Byrne. Endeavor Content represented the sale on behalf of the filmmakers and Mister Smith represents international sales.

Grant Sputore directed the story of a teenage girl, the first in a new generation of children raised by robots to repopulate earth after humans have become extinct.

The girl’s relationship with the robot she regards as her mother is threatened when the arrival of an injured stranger calls into question everything she has been taught about the world.

Michael Lloyd Green wrote the screenplay based on a story he co-wrote with Sputore. Kelvin Munro produced for The Penguin Empire with Timothy White for Southern Light Films.