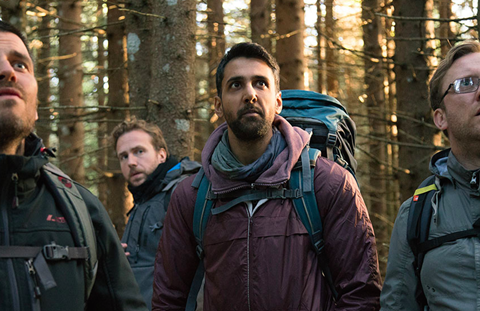 In a deal reportedly worth $4.75m, Netflix has picked up worldwide rights excluding the UK to recent Toronto Midnight Madness premiere The Ritual from Imaginarium Productions and eOne.

The acquisition ranks as one of the highest of the festival as buyers exhibited a more measured approach this year, when most premieres in Toronto arrived with distribution in place.

Neon and 30WEST reportedly paid $5m for I, Tonya and The Orchard spent the same amount for Louis C.K.’s I Love You, Daddy.

David Bruckner (The Signal, Southbound) directed The Ritual from a screenplay by Joe Barton (Humans, iBoy) based on the novel by Adam Nevill about four friends who venture into the Swedish wilderness to pay tribute to a deceased friend.

When they get lost and stumble upon a derelict cabin, the trip turns into a nightmare. Rafe Spall, Arsher Ali, Robert James-Collier and Sam Troughton star.

WME Global brokered the deal with Netflix on behalf of the filmmakers. Sierra/Affinity previously handled international sales on the horror film. eOne fully financed the film and will distribute in the UK.