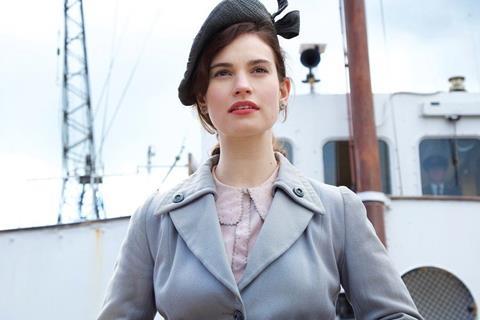 The SVoD service has picked up rights for US, Canada, Latin America, Italy, Eastern Europe and Southeast Asia, while Studiocanal will distribute in its territories the UK, Australia, New Zealand, France and Germany. The film has now sold out worldwide and the roll-out commences with Australia on April 19, the UK on April 20 and New Zealand on April 25, followed by France on June 13 and Germany on August 9.

Produced by Studiocanal with Blueprint Pictures (Three Billboards Outside Ebbing, Missouri) and The Mazur Kaplan Company, The Guernsey Literary And Potato Peel Pie Society is an adaptation of Annie Barrows and Mary Ann Shaffer’s novel of the same name, which was a New York Times best-seller and has sold 7.5 million copies worldwide.

Thomas Bezucha (The Family Stone), Don Roos (This Is Us) and Kevin Hood (Becoming Jane) adapted the novel for the film incarnation, which stars Lily James (Baby Driver, Downton Abbey) as free-spirited writer Juliet Ashton, who forms a life-changing bond with the eccentric Guernsey Literary and Potato Peel Pie Society when she decides to write about the book club they formed during the occupation of Guernsey in the Second World War.

Producers on the project are Graham Broadbent and Peter Czernin (Three Billboards Outside Ebbing, Missouri) with Paula Mazur and Mitchell Kaplan (The Man Who Invented Christmas).