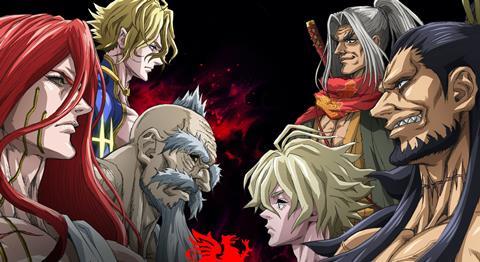 Netflix unveiled a slate of 40 original anime titles set to premiere in 2021, more than double its output last year, at the ongoing AnimeJapan 2021 virtual event.

The slate is headed by Masao Okubo’s Record Of Ragnarok, an adaptation of the popular manga about the one-on-one battles between humans and gods to determine the fate of humanity. Set to premiere in June 2021, the series is produced by Japanese animation studio Graphinica.

New titles also include The Way Of The Househusband, about a gangster who leaves his profession to get married and keep house, set to premiere April 18 and directed by Chiaki Kon (Nodame Cantabile). Resident Evil: Infinite Darkness, scheduled for later this year, is a CG series produced in collaboration with Capcom Co, based on its popular video game franchise, which was loosely adapted for Paul W.S. Anderson’s series of live-action films.

Netflix has become a major player in the Japanese anime industry, estimated to be worth $25bn annually, which has been expanding its international audience through the growth of global streaming platforms. Sony recently acquired anime-focused streaming service Crunchyroll for nearly $1.2bn, in an attempt to compete, although the deal is now being scrutinised by US regulators.