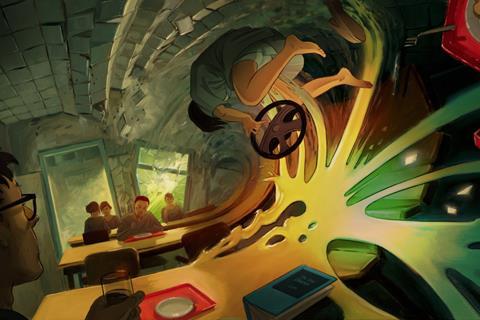 The Netherlands film production incentive has announced today it is backing high-profile projects by Thomas Vinterberg and Alex van Warmerdam in its first funding round of 2019.

Overall the incentive will pump €10.5m ($11.79m) into 22 new productions and five high-end TV-series. This breaks down as 17 feature films, three feature length documentaries, two animated feature films, four drama series and one animated series, including 14 international co-productions. It is predicted the projects backed in this spending round will generate more than €40m ($35.64m) in production expenditure in the Netherlands.

Introduced in July 2014, the incentive offers a financial contribution in the form of a cash rebate on the qualifying production costs that are demonstrably spent in the Netherlands.

It has provided €817,399 ($917,436) to van Warmerdam’s new film, No. 10. Produced by Graniet Film and co-produced by CZAR Film (BE), Ma.ja.de. and Filmproduktions (DE), it is about an actor with no past “overwhelmed by a series of strangers who strong-arm him into his future.” Van Warmerdam is one of the Netherland’s most celebrated arthouse directors and this is his 10th feature, one reason for the title.

Vinterberg’s The Alcohol Project has been granted €62,000 ($69,000). The lead producer is Zentropa Entertainments 3 (DK) and the co-producers are Zentropa Sweden (SE), Zentropa International Netherlands (NL). Topkapi is the Dutch co-producer. The Alcohol Project is about a man and three of his friends who launch a drinking experiment. The four teachers – and a handful of students - decide to maintain a constant level of intoxication.

The second season of Undone, the international adult-themed animated series for Amazon by Dutch director Hisko Hulsing, is also being supported with €1.5m ($1.68m). The first season of Undone, granted production incentive financing in December 2017, is expected to be released exclusively on Amazon Prime this year.

Meanwhile, underlining the increasingly close links between the Dutch and UK industries, the incentive is supporting the second series of Bulletproof, Vertigo Films’ drama about two cops taking on the criminal underworld in London’s East End. The Incentive is providing €177,361 ($199,018) to the drama, which is directed by Diarmuid Goggins and scripted by Noel Clarke. The Dutch co-producer is Topkapi. Some of the series will shoot in the Netherlands and Dutch crew will be involved.

The next application round for both film and high-end TV series is May 7, 2019.

The full list of projects backed in the first round of 2019 are: