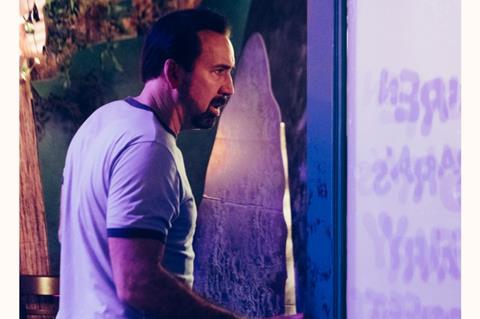 Foresight Unlimited has announced during the Cannes virtual market it has closed the bulk of international sales on Nicolas Cage genre feature Willy’s Wonderland.

Cage stars alongside Emily Tosta, Beth Grant, Ric Reitz and Chris Warner in the story of The Janitor (Cage), an out-of-towner trapped for a night inside an amusement park with evil animatronic creations.

Kevin Lewis directed from a screenplay by G.O. Parsons

“Certainly, part of the reason Willy’s Wonderland is selling so well, is the spike in demand for mid-range genre thriller titles with a name actor attached,” said Foresight chairman Mark Damon. “But particularly since this film has the makings to become a cult classic, and after showing buyers footage, they are believers as well.”