Nicolas Cage to star in 'A Score To Settle' 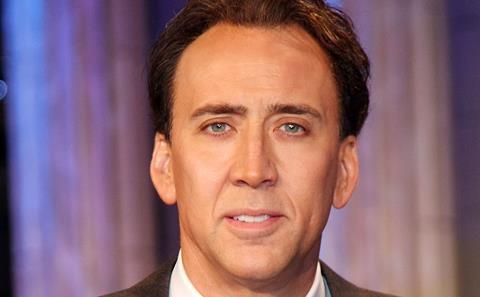 Nicolas Cage has signed on to star in the action thriller A Score To Settle from Beautiful Boy director Shawn Ku. Highland Film Group represents worldwide rights and begins pre-sales at the AFM next week.

A Score To Settle stars Cage as a convicted mob enforcer battling a terminal illness, who is released from prison for a crime he did not commit and sets out on a path of vengeance. John Newman and Christian Swegal wrote the screenplay.

Cage stars in the horror thriller Mom And Dad that recently premiered in Toronto and is in post on #211 and Looking Glass, which Highland Film Group is also selling.