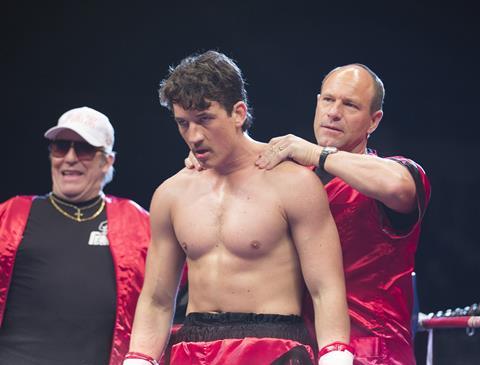 Open Road Films will expand awards hopeful Bleed For This wide on November 18 after it opens in limited release on November 4.

Miles Teller stars as Vinny “The Pazmanian Devil” Pazienza, a boxer from the East Coast who overcame a near-fatal car crash to return to the ring for a world title bout.

Aaron Eckhart also stars in a performance that has drawn strong notices. Ben Younger wrote and directed, while Martin Scorsese served as one of the executive producers.