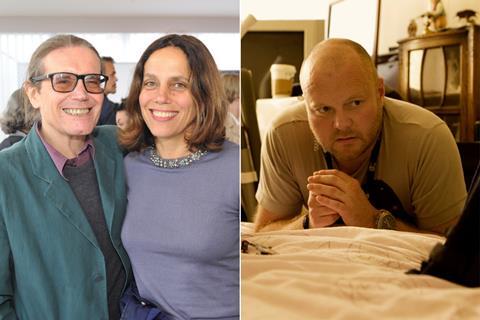 Stephen Woolley and Elizabeth Karlsen’s Number 9 Films, Sheffield-based production firm Warp Films, and Mike Goodridge’s Good Chaos are among 25 companies to receive a total of £2.1m in the latest awards from the UK Global Screen Fund.

Allocated through the £7m fund’s International Business Development strand, the awards are non-repayable grants ranging between £50,000 and £117,600 in total across a three-year period.

They are given to support UK screen content businesses in enhancing their international activities, to create and develop UK projects that can reach global audiences.

Individual company awards have not been disclosed at this stage.

Number 9 Films receives support towards development staff to expand into high-end scripted TV with international sales potential. The company has TV projects in development with streamers and broadcasters, having so far made independent film titles such as Youth, Carol and 2021’s Mothering Sunday.

Good Chaos, which was one of nine international companies to sign a deal with Fremantle backed-label The Creatives last month, and has received backing to support its film and TV slate of intenational film and TV projects; while John le Carré producers The Ink Factory, is being supportted to back the company’s move into major Asian markets.

Last month the Global Screen Fund was renewed for a further three years, administered by the British Film Institute (BFI) and backed by government money allocated in the budget. It backed nine UK-international co-productions in its latest funding round last week, to a total of £1.32m.