UK producers including Andy Paterson and Rebecca O’Brien back the radical proposal. 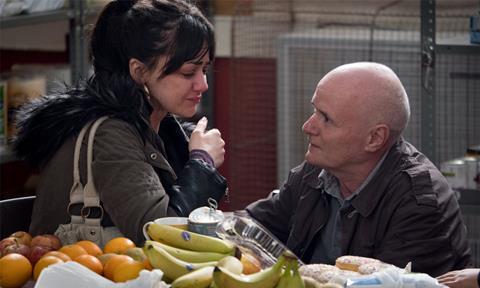 On the day that PACT-commissioned report The State Of The UK Independent Film Sector is launched, leading British producers have made a radical new proposal for the UK’s film tax credit to be hiked up to 40% for British films in the £2m to £10m budget range.

The Film Tax Relief (FTR), introduced in 2007, is acknowledged to have helped spending on UK film production to reach record levels (£1.596bn in 2016) but the plight of independent producers remains dire.

The report, put together by consultancy firm Olsberg SPI and focusing on the period between 2007 and 2017, exposes many of the chronic problems now facing the independent sector.

Prime among these is the struggle for producers to make a living yet alone build a sustainable business when (the report calculates) the international market value for UK independent films has plummeted by 50% since 2007 and continues to fall.

“Over a long period of time we were hearing that there was a structural problem in the market – that pre-sales had declined over a period of time. I thought we should get some evidence of what is actually going in the shape of the domestic market,” PACT’s chief executive John McVay commented of the reasons for commissioning the report.

The report was initiated by PACT’s film policy group. “Basically, the indigenous industry needs as much support as it can get. It keeps pedalling hard but sometimes it is pedalling backwards,” commented Rebecca O’Brien of Sixteen Films (who produced I, Daniel Blake, pictured).

Raising the Film Tax Credit to 40% is being floated by PACT members as the simplest and most efficient way to address the problem.

“We can see it is not an expensive thing to do, the mechanisms are set up,” O’Brien commented. “If you take your problems into your own hands, you’ve got more chances of getting results. With Brexit, the Government will be looking for industries to seek the answers to their own problems and innovative ways of tackling economic issues.”

Much of the PACT document makes stark reading. For example, 78% of respondents to the industry survey undertaken for the report have found it necessary to defer some or all of their producer’s fees since 2007.

Some of the industry’s problems are cyclical. For example, banks withdrew from the sector in the wake of the financial crisis of 2007. Nonetheless, the conclusions that many producers are making about the report is that the crisis is a structural one.

Independent producers dismiss the idea that they can solve their problems simply by diversifying and making high-end TV drama alongside their feature films. “If you’re trying to run a day job of doing TV and get your movies made, then the movies will never happen,” said one.

The report was launched this morning at BAFTA’s Piccadilly Circus headquarters at an event hosted by actress Gemma Arterton.

Speaking before the event, several producers told Screen that the funding model for independent production is broken – and that a new system is now urgently needed.

“It (financing independent production) is almost impossible at the moment because the value of the international market has fallen so much,” Andy Paterson of Sympathetic Ink commented.

“It is not even just that the numbers are low. There are so many territories that you just can’t imagine you are going to sell – so a model that we’ve used for 20-odd years really doesn’t work anymore.”

One argument the producers are making is that the independent sector is the “pump primer” and “feeder mechanism” that has enabled the UK to turn into such an attractive filmmaking destination for Hollywood. If the indies aren’t supported, the industry as a whole is bound to suffer.

Hakan Kousetta of See-Saw Films cautioned that in today’s constricted climate, it probably wouldn’t have been possible to make a film like The King’s Speech [pictured] (the runaway box-office success and Oscar winner that SeeSaw made in 2010).

“The ways that independent films are financed are not really tenable any more. The value of the international rights don’t tally with our ability to make the film at a sufficient enough budget to give that film the advantage to sell and do well.”

How do independent producers make a living currently? “Mostly, they don’t,” McVay said.

“Many, many will just make one film and won’t do another one. That is something that has plagued the sector for a long time. If you want to get your film made, often you’re going to have to sacrifice your revenues to do that - and because you’ve pre-sold your rights to everyone else, you’re not going to see anything coming back unless it (the film) goes into significant success.”

Over the last decade, PACT and others have pushed for measures to improve producers’ positions, for example The Producer Equity Corridor (“PEC”) and Producer Equity Entitlement (“PEE”), but these haven’t solved the underlying problems.

“Somehow, we have to keep on fighting in a totally undercapitalised way. That’s the problem and this is the moment to address that,” Paterson commented. “It (the 40% FTR) won’t cost anything…that new money should finally be what the tax credit was always meant to be and be the producer’s investment in the film so they actually do have an upside when the films succeed.”

Paterson added: “There is an absolute consensus across audiences, distributors, exhibitors, government that we do not want to see the British industry as we understand it die – so we have do something. It’s on a cliff edge.”