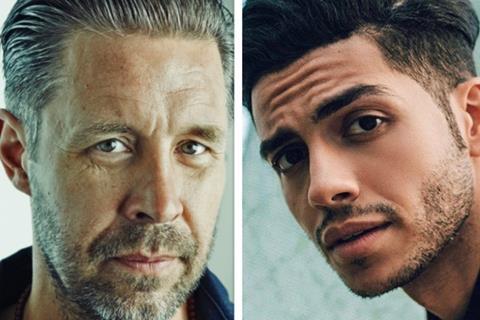 Rowan Athale (The Rise, Gangs Of London) is writing and directing the feature, on which Sylvester Stallone and Braden Aftergood of Balboa Productions serve as executive producers.

Giant will chart Hamed’s life from humble beginnings in Sheffield where he is discovered by boxing trainer Brendan Ingle and rises to become featherweight world champion against the backdrop of rampant Islamophobia and racism of in 1980 and 1990s Britain.

Considine recently starred in HBO’s House Of The Dragon and his credis include Peaky Blinders and Tyrannosaur. Massoud’s credits include Aladdin and Prime Video’s Jack Ryan.

Athale said, “I have wanted to bring this movie to screen for many years. The story of fabled boxing trainer Brendan Ingle and his tempestuous relationship with protege “Prince” Naseem is both legendary, and truly cinematic. It’s exciting, necessary, hilarious, and heart-breaking, and to be making this movie with the incomparable Paddy Considine and Mena Massoud, and with the support of the one and only Sylvester Stallone and his Balboa Productions team, is a dream come true.”