The Austrian and Swiss film industries are currently gripped with awards fever with the Austrian Film Awards presented for the third time in Vienna and the nominations for the Swiss Film Awards (aka as the Quartzs) announced at this week’s Solothurn Film Days. 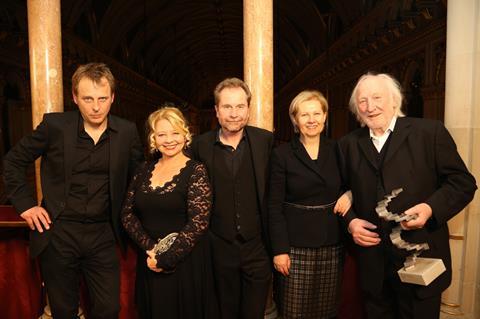 Florian Flicker’s Grenzgänger, which had been nominated by members of the Austrian Film Academy in seven categories, also received three awards for the film’s screenplay (Flicker), cinematography (Martin Gschlacht) and music (Eva Jantschitsch).

Veteran actor Karl Merkatz was recognised for his performance in Sabine Hiebler and Gerhard Ertl’s touching study of love in old age, Anfang 80, as Best Actor.

The academy’s 240 members voted for Gerald Igor Hauzenberger’s Der Prozess about the trial against a group of animal protection activists as Best Documentary and chose the team behind the sound on Markus Imhoof’s documentary More Than Honey for the Best Sound Design honours.

Meanwhile, the nominations for 2013’s Swiss Film Awards  (aka the Quartzs) were announced at a Night of Nominations during the Solothurn Film Days on Wednesday evening (Jan 30).

The winners of the Quartzs will be announced in a gala awards ceremony in the Bâtiment des Forces Motrices in Geneva on March 23.