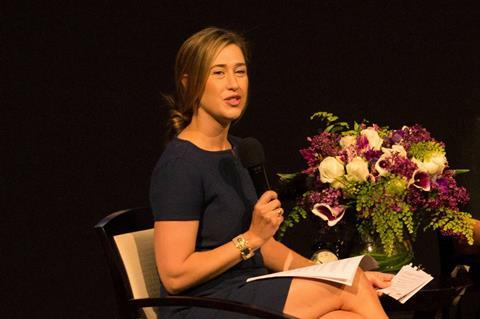 In a shock development on Thursday evening (July 19), Paramount TV chief and rising star Amy Powell was fired over alleged insensitive remarks and responded with an emphatic denial.

Not long after studio chief Jim Gianopulos circulated a memo to staff explaining the dismissal, Powell herself issued the following statement: “There is no truth to the allegation that I made insensitive comments in a professional setting — or in any setting. The facts will come out and I will be vindicated.”

Earlier in the evening the memo from Gianopulos was leaked to the press, although it did not go into specifics. The memo read: “Last week, multiple individuals came to us to raise concerns around comments made by Amy Powell in a professional setting, which they believed were inconsistent with our company’s values.

”Having spent the past several days conducting a thorough investigation into this matter and speaking to those who were present, our Human Resources and Legal teams came to the same conclusion, and we have made the decision to terminate Amy’s employment, effective immediately.

“Amy has made lasting contributions to Paramount in her 14 years with the company, including building a world-class team at Paramount TV. While it is incredibly difficult to part ways with a valued member of our community, it is imperative that we uphold our values and ensure that all employees feel safe and included in the workplace.

“We will begin immediately looking for Amy’s replacement. In the interim, Andrew Gumpert, Paramount’s Chief Operating Officer, will provide operational support and Mireille Soria, Brian Robbins and Wyck Godfrey – Presidents of Paramount Animation, Paramount Players and Paramount Motion Picture Group, respectively – will provide creative input, where needed, to the incredibly talented Paramount TV team, which is very well-placed to continue the incredible growth of this division.

“Importantly, I want to take this opportunity to remind everyone of the type of company and culture we’re committed to building at Paramount. It’s one of inclusion, honesty and accountability – where diversity is critical to ensuring that all ideas, backgrounds and perspectives are embraced and respected.

“We will continue this conversation in smaller groups and on a companywide scale in the coming months and, in the meantime, I want us to take stock of where we are and explore what more we can do to foster a safe, supportive and inclusive workplace. Through direct engagement and an open dialogue, my hope is that we can undertake this progress together, in an environment where each and every one of our employees feels heard and valued.

“Thank you for your continued hard work and ongoing contributions to this effort.”

In 2013, nine years after she joined the studio, Powell was appointed head of Paramount’s relaunched TV production division, whose series include School Of Rock, 13 Reasons Why, The Alienist and Jack Ryan for various US broadcast, cable and streaming outlets. Prior to that she led digital entertainment and the low-budget Insurge division.