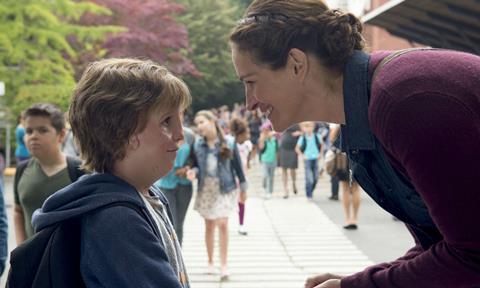 Participant has come on board to co-finance Lionsgate’s White Bird: A Wonder Story, the companion film to the 2017 hit Wonder that Marc Forster is directing.

Participant co-financed and was an executive producer on Wonder (pictured), which grossed more than $306m worldwide. Jeff Skoll and Robert Kessel will serve as executive producers on the Mandeville Films production in association with 2DUX2.

They join Alex Young of Mandeville, and Renée Wolfe, Forster’s partner at 2DUX2, on the executive producer roster.

White Bird: A Wonder Story is based on Mark Bomback’s adapted screenplay of the book of the same name by R.J. Palacio. Mandeville Films’ David Hoberman and Todd Lieberman, who produced Wonder, are also producing, along with Palacio.

The film will centre on how kindness has the power to save lives, as Julian Albans, the bully from the original film, is visited by his grandmother from Paris and transformed by her story of compassion and courage in Nazi-occupied France.