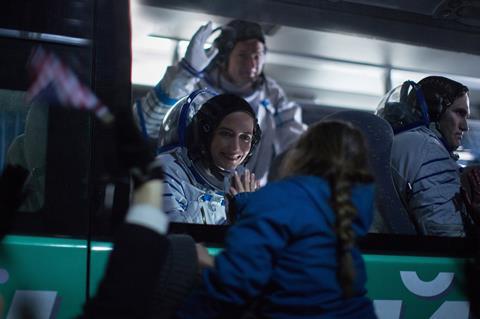 Pathe International is kicking off sales on French writer-director Alice Winocour’s astronaut drama Proxima starring Eva Green as a single mother who signs up for a year-long space mission, leaving her young daughter behind. When Green’s character Sarah joins an all-male crew – played by Matt Dillon, Lars Eidinger and Aleksey Fateev – she battles to prove herself in the face of male chauvinism while coping with deep feelings of guilt and loss over the separation from her daughter.

Pathe International unveils first footage during the AFM and has also revealed the first-look image. The film marks Winocour’s third feature as a director after Augustine in 2012 and Disorder in 2015. The latter starred Matthias Schoenaerts and Diane Kruger. Winocour also co-wrote Mustang with Deniz Gamze Erguven. Proxima is produced by Winocour’s long-time producers Isabelle Madelaine and Émilie Tisné.

The story grew out of Winocour’s fascination with space as well as her desire to create a strong female character grappling with the challenges of motherhood. “Often in movies, mothers are presented as weaker characters. I wanted to show a mother as a superheroine,” says Winocour.