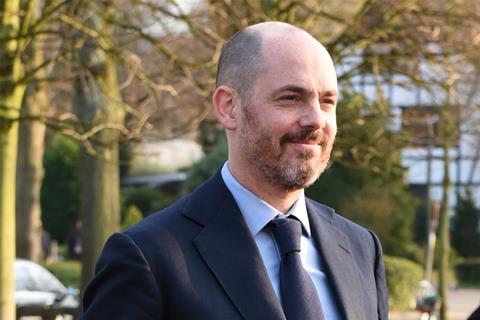 Prolific writer-director Edward Berger (Deutschland 83, Patrick Melrose, Jack) is launching a new production company, Gunpowder Films, and developing a slate of new projects through it. Berger’s latest feature All My Loving premieres in Panorama today (Feb 9) and is being sold at EFM by Beta Cinema. It is released in Germany through Port Au Prince in May.

A key project on the slate is a German-British-French co-production with Memento Films, former Studiocanal UK CEO Danny Perkins’ new venture Elysian Film Group and Gunpowder is a fictional drama based around the Kindertransport, the organised rescue effort through which Jewish children were transported to Britain just before the Second World War. The as-yet untitled drama tells the story of a 15-year-old boy who boards the last train out of Berlin. When a woman throws a bundle into the train at the last minute, the boy catches it and finds a baby in his arms.

Berger has also written a first draft of a new thriller titled Ice, about a woman who loses her husband in a mountain climbing accident and then discovers he led a very dark second life. Gunpowder Films will produce, with Jan Krüger’s Port au Prince Film as co-producer.

Meanwhile, Berger will be director and showrunner on new LA-set TV drama Game Show, set in the 1970s and starring Josh Brolin. The backdrop is the divided America of the Vietnam War and Watergate era. The show is being produced through Brad Weston and Pam Abdy’s new company Makeready. Brolin plays a gameshow host forced out of his job. “He’s America’s darling but he is past his prime. He starts fighting to get back on the air,” Berger explained the premise of the project.

Berger is also developing TV drama Atomic Bazaar, about the secret global trade in highly enriched uranium. This is being produced through Pulse Film and scripted by Gregory Burke (’71).

As previously announced, Berger will reunite with his Patrick Melrose star Benedict Cumberbatch for the feature thriller Rio, which is due to shoot in Brazil this autumn. Scripted by Steven Knight, and currently being re-written by Rebecca Lenkiewicz, it’s the story of two old friends – one a billionaire (to be played by Cumberbatch), the other a down-at-heel journalist (Jake Gyllenhaal) – who meet again and fly down to Rio to help an old friend of the journalist’s, who is in extreme danger. Studiocanal is financing; the producers are Adam Ackland and Riva Marker.

Here in Berlin, Berger will be giving an opening keynote at the Drama Series Days on February 11.