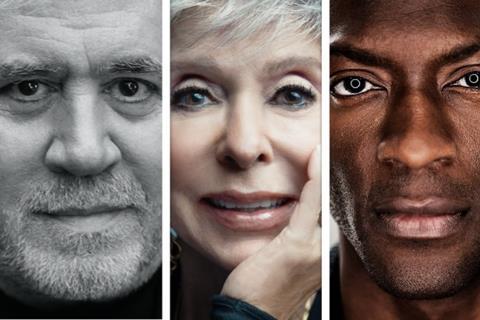 The festival is scheduled to run from March 5-14 as a hybrid event with virtual and in-person screenings and is bookended by the world premieres of Edson Jean’s Ludi and Jayme Gershen’s Birthright.

Besides Almodovar (Talk To Her, The Skin I Live In) and Moreno, who played Anita in the original screen version of West Side Story and is the subject of recent Sundance world premiere Rita Moreno: Just A Girl Who Decided To Go For It, the festival will honour Andra Day (The United States vs Billie Holiday), Riz Ahmed (Sound Of Metal), and Aldis Hodge (pictured at right, One Night In Miami).

Ludi follows a private care service worker in Miami who is desperate to send money to her family in Haiti and is the first film to emerge from Miami’s Oolite Arts Microbudget Feature Film Cinematic Arts Residency programme established in 2019.

Documentary Birthright follows Miami-based electro-pop musicians Afrobeta as they are invited to perform in their home of Cuba.

The film line-up of more than 100 features and shorts includes Plantados, A New Dawn, and Revolution Rent in Special Presentations, as well as The Miramar Murders: The State vs Pablo Ibar, Pigeon Drop, and Oscar international feature submissions And Tomorrow The Entire World (Germany), Charlatan (Czech Republic) and A State Of Madness (Dominican Republic).

Ludi and Birthright will compete for the $40,000 Knight Made in MIA Feature Film Award supported by Knight Foundation, alongside Bridges by Maria Corina Ramirez, and Cuban Dancer by Roberto Salinas.