Spain and Hungary shoot readied for sequel to The Girl Of Your Dreams; additional cast includes Clive Revill (Avanti!). 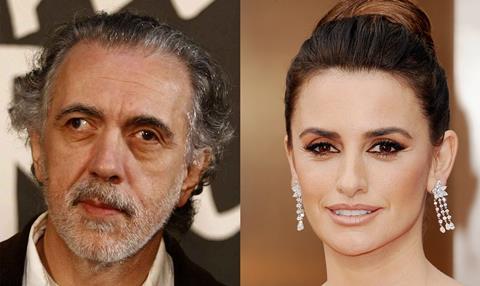 Produced by Trueba’s Fernando Trueba PC and Atresmedia Cine, shoot is due to get underway in Hungary at the end of February and carry on in Spain in April. Post-production is due to be finalised late 2016 or early 2017.

The feature marks the third collaboration between Oscar-winning writer-director Trueba (Belle Époque) and Oscar-winner Cruz (Vicky Cristina Barcelona), following their work together on Belle Epoque and 1998 film The Girl Of Your Dreams, the latter serving as a prequel to The Queen Of Spain.

In The Girl Of Your Dreams Cruz played Macarena Granada, an imaginary Spanish actress of the 1930’s who goes to Nazi Germany to shoot a coproduction. At the end of the film she flees the country to America with the man she has fallen in love with, a Russian prisoner working as an extra  who will be sent to a concentration camp at the end of the shoot if she doesn’t help him escape.

In the 18 years since the narrative and real-life end of that film both the fictional Granada and actress Cruz have become major stars. The Queen Of Spain is set in mid-1950’s Spain, a time when Hollywood turned to the country as a regular production set for titles includingThe Pride And The Passion and The Barefoot Contessa.

In the upcoming feature, Cruz’s Macarena flies back to her country to play Isabella I of Castille with all the hype of a Hollywood star and crosses paths again with the main characters of The Girl Of Your Dreams, played by the likes of Antonio Resines (Lucky Star), Jorge Sanz (Lovers), Rosa Maria Sarda (Spanish Affair 2) and Santiago Segura (Torrente).

Additional casting includes Ana Belen (who worked with Cruz in Love Can Seriously Damage Your Health) and Javier Camara (Truman). Trueba is currently adding US and international supporting cast. The only non-Spanish name confirmed so far is Clive Revill, who played the hotel manager in Billy Wilder’s Avanti!, a performance which garnered Revill a Golden Globe nomination.

Speaking to Screen as part of an upcoming feature, Trueba admitted that while he “never thought of doing a sequel” he couldn’t resist the opportunity to revisit the themes and characters of The Girl Of Your Dreams.

“The characters stayed with me as if they were real. I thought of so many gags, situations and dialogues over the years that I decided to start putting them on paper,” said the director.

In Budapest, Trueba told Screen he has found “the perfect environment” to recreate the feel of the old Spanish studios where most of the Hollywood productions shot in the ’50s. Their Spanish inspirations are “sadly all gone”, added the director.

The film will be distributed by Universal Pictures in Spain.