Pernilla August has signed on to lead the cast of SF Studios’ Britt-Marie Was Here. 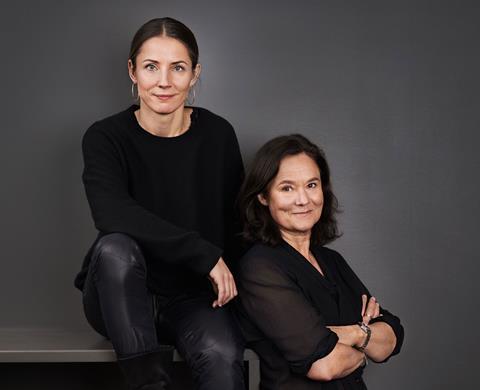 SF has also confirmed that Tuva Novotny will direct the film, which will start shooting in April.

The film will be adapted by the best-selling novel by Swedish author Fredrik Backman, whose previous book A Man Called Ove was adapted by SF Studios into an Oscar-nominated, box-office hit.

August will play the 63-year-old heroine Britt-Marie, who leaves her husband after 40 years of marriage and ends up in a backwater town, where she finds a new lease of life.

Gustav Oldén and Nicklas Wikström-Nicastro produce for SF Studios, in co-production with Film i Väst, TV4, Nordsvensk Filmunderhållning and Filmkameratene AS, with support from the Swedish and the Norwegian Film Institutes.

Novotny, whose credits include TV shows Dag and Lillyhammer as well as her debut feature TEA, said: “I’m really looking forward to directing this touching and uplifting feel-good drama….I couldn’t imagine anyone else in the lead. This part requires a super flexible and organic actress with a feeling for humor and drama. There is no one else with the same range as Pernilla.”

August added that her character is “a timid, scared, shut-off and very insecure person who suddenly decides to exit a marriage – in order to find her true self. All of a sudden this frail little person dares letting herself be asked for a dance. Her journey is so incredibly beautiful that it makes me shiver.”

Maria von Heland adapted the script. Jonas Alarik (Lilja 4-Ever) will be the DoP.